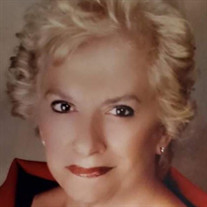 Bernadine Audrey Christenson, 90, passed away on Thursday evening, October 14, 2021, at Bethany Home in Waupaca, WI. She spent the last two years at the nursing home, after having lived for 68 years on the farm on Christenson Road, Scandinavia WI. Bernie was born on October 1, 1931, the fifth child of Louis Adolf Georg Rahn and Lily Belle (Osborn) Rahn, in Sheboygan Falls, WI. She married LaVerne Osborne Christenson on November 2, 1951 in Dubuque, IA. Bernie had a zest for life, staying busy by working at least two jobs for years, while gardening, canning, raising chickens and traveling. She started working out of the home in her early teens, living with her employers. She was doing that when she met LaVerne while working in Dale, WI. Later, after they married, and she got her driver’s license, she worked at different grocery stores. She then switched to book-keeping at the County Highway department, but she really loved waitressing, doing so for more than 50 years. She worked at the Waupaca Country Club, the Holiday Inn at Weyauwega, the Capri, finishing up back at the Waupaca Country Club. She also was a food stand volunteer for many years at the Scandinavia Corn Roast. Bernie travelled with her nieces to the east coast, west coast, and to Mexico, with her daughter to Hawaii, as well as a train trip to Texas and a river trip with her sister Carita. Bernie looked forward to strawberry season each summer, and loved picking berries in Clintonville. She had to be the first car waiting at the gate to open, pick the most berries, the fastest, and then gave most of them away to her friends. She enjoyed her grandchildren, and kept her candy jar well stocked. Her oldest grandson, Tim, moved in with her in 2004, enabling her to stay in her home much longer than if she had been on her own. She loved going for rides with Tim, which usually involved an ice cream cone. Tim took good care of his gramma over the last few years. Bernie is survived by her three children; Ronald (Vickie) Christenson, Linda (Thomas) Olson, and Richard (Dawn) Christenson; a sister, Carita (Francis) McIlnay; a sister-in law, Donna Rahn; seven grandchildren; 13 great-grandchildren; and numerous nieces and nephews. She is preceded in death by her parents; her husband Laverne on April 6, 1984; her sisters, Marjorie (Emory) Jacobson, Elaine (Adrian “Pete”) Buck, Dorothy (George) Nottelson, Vernetta Rahn; and her brother, Orlan Rahn. Memorial service will be held on Thursday, October 21, 2021 at 11:00 am at the Holly Funeral Home in Waupaca, WI with Pastor Marcia Sabin officiating. Friends may call from 10:00 am Thursday until the time of services at the funeral home. Any memorial gifts will go to the Waupaca Area Food Pantry on Churchill St. in Waupaca. She routinely donated food there, as she remembered what it was like to not have food.

Bernadine Audrey Christenson, 90, passed away on Thursday evening, October 14, 2021, at Bethany Home in Waupaca, WI. She spent the last two years at the nursing home, after having lived for 68 years on the farm on Christenson Road, Scandinavia... View Obituary & Service Information

The family of Bernadine A. Christenson created this Life Tributes page to make it easy to share your memories.

Send flowers to the Christenson family.