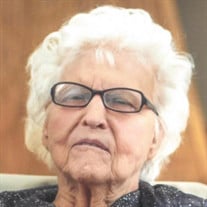 Cecelia Josephine Smith, formerly from Schofield WI, passed away Tuesday March 9, 2021 at the WI Veterans Home in King WI where she resided for the last 10 years. Cecelia was born March 10, 1933 in Wausau WI to Joseph and Mary (Krueger) Glatczak. On October 10th 1953 she was joined in marriage to the love of her life, Dale E Smith. They were married for 52 years until his death in 2006. Cecelia worked for Kraft Foods in Wausau WI. She retired in 1995. Cecelia and Dale enjoyed traveling, horseback riding, country music, swimming at the YMCA with the Drifting Dolphins, distributing communion to the homebound and raising their three children on their hobby farm. Family always came first. Cecelia was a devoted Wife, loving Mother, Grandmother and Great Grandmother. She was always so proud of her family. She is survived by her three children. Greg (Pamela) Smith of Mosinee, WI, Rachel Helbach of Plover WI and Mary MacAskill of Las Vegas NV. Further survivors include her six Grandchildren and three Great Grandchildren. Crystal Smith of Rothschild WI, Paul Smith (Gregg Springan) of Madison WI, Zachary (Ashley) Helbach and their daughter Isla of Amherst WI, Lindsay (Steve) Maves and their children Josephine and Jaxon of Wisconsin Rapids WI, Alexander Helbach of Menomonie WI and Olivia Helbach of Seattle WA. Cecelia was preceded in death by her parents, husband Dale, four brothers and sister-in-laws. Sylvester (Sophie) Glatczak of Mosinee, WI Steven (Mary) Glatczak of IL, Raymond (Pearl) Glatczak of IL, Florian (Margaret) Glatczak of IL and John (Genevieve) Glatczak Town of Reid, WI. A mass of Christian burial will be held at St. Maximilian Kolbe Catholic Church, Almond WI on Friday March 19th 2021 at 11:00am. Public visitation 10:00am. until time of service. Fr. Peter Manickam will be presiding. The family would like to give a special thank you to all of the staff members at WVH Olsen Hall-4. Their kindness and compassion over the years has been truly appreciated and will never be forgotten. In lieu of flowers, the family requests simple acts of kindness. Pay it forward and ask for nothing in return.

Cecelia Josephine Smith, formerly from Schofield WI, passed away Tuesday March 9, 2021 at the WI Veterans Home in King WI where she resided for the last 10 years. Cecelia was born March 10, 1933 in Wausau WI to Joseph and Mary (Krueger) Glatczak.... View Obituary & Service Information

The family of Cecelia Josephine Smith created this Life Tributes page to make it easy to share your memories.

Send flowers to the Smith family.