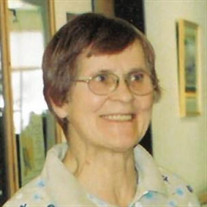 Cecylia Slusarczyk, age 86, of Stevens Point, WI, passed away on Sunday, November 28th, 2021 at North Crest Assisted Living. She was born in Jablonka, Poland on November 22, 1935, a daughter of the late Jan and Karolina Slusarczyk. Siblings included Joseph, Meri, John and Karol. Cecylia came to the US in 1981 to become a live-in assistant for her uncle, Joseph Migas who was suffering from Parkinson's disease. Following his death, Ms. Slusarczyk stayed on to care for Joseph's wife, Theresa. Following the death of Theresa in October of 2000, Cecylia became a live-in assistant for several other families in the area. She briefly returned to Poland in 2005 to visit family but quickly became "homesick," for the US. With the assistance of the Portage County Literacy Council, Cecylia studied American History and English. She was able to pass the citizenship exam and became a US citizen in March of 2009. When Cecylia wasn't working, she thoroughly enjoyed baking. She delighted in passing her talents on to several of her relatives who learned how to make paczkis and cinnamon rolls. She also delighted in gardening and canning. Her Catholic faith was extremely important to her and in her later years could often be seen with her rosary beads in hand. Cecylia was preceded in death by her parents. She is survived by one brother, one sister, many cousins, nieces and nephews, both in the United States and Poland. The family would like to extend their appreciation for the care provided by the staff at the North Crest Assisted Living facility where Ceclyia resided in her last few years. A Funeral Mass will be held at St. Mary of Mt. Carmel Catholic Church - Fancher, at 11:30 AM on Wednesday, December 8th, 2021, with Father Jerzy Rebacz, officiating. Interment will be at St. James Catholic Cemetery in Amherst. Visitation will be held on Wednesday, from 10:30 AM until the time of the service at the church.

Cecylia Slusarczyk, age 86, of Stevens Point, WI, passed away on Sunday, November 28th, 2021 at North Crest Assisted Living. She was born in Jablonka, Poland on November 22, 1935, a daughter of the late Jan and Karolina Slusarczyk. Siblings... View Obituary & Service Information

The family of Cecylia Slusarczyk created this Life Tributes page to make it easy to share your memories.

Send flowers to the Slusarczyk family.