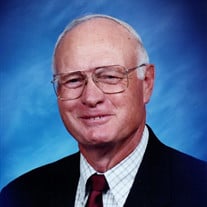 Clifton Paul Finger, 87, of Waupaca, passed away on December 25, 2021 after several months of declining health. Clifton was born on December 24, 1934 to Paul and Bernice (Smith) Finger in Pardeeville, WI. After graduating from Pardeeville High School in 1953, Clifton joined the Madison Police Department as a city police officer. Following his time with the police department, Clifton and his family eventually moved to Waupaca where he founded Mid-State Claims while simultaneously purchasing the Siesta Motel. Prior to joining the Madison Police Department, Clifton married the love of his life, Iona Brewer (Muffy). Clifton and Iona were high school sweethearts and were wed on February 19, 1954. Clifton and Iona were blessed to have six children, Debra (James) Cunnington, Edward (Diane) Finger, Patricia (Gary) List, Jeffrey (Mary) Finger, Kathryn (Timothy) Gauerke and Brian (Christine) Finger. In 1987 Iona passed away from a long and courageous battle with cancer. In 1988 Clifton met and married a wonderful woman, Lois Marilyn (Evory) Cassidy better known as “Ma Cass.” Through this marriage, Clifton gained three stepchildren, Jeffrey Cassidy, Thomas Cassidy and Kathryn (Thomas) Hanks. The two eventually retired and traveled the United States until settling in Sun City West, AZ in the winter months and Waupaca, WI in the summer months. Lois Finger passed away on May 23, 2014. Clifton was a force of nature, determined to provide for his family and give his children the life he felt they deserved. His family meant more to him than anything else in the world. He was man of few words, but much integrity. He was immensely proud of his children, grandchildren, and great grandchildren, always keeping in touch and in support of them. Clifton was also a passionate sports fan and could often be found attending his children’s and grandchildren’s games. He was an avid Packer and Badger fan even during the rough times of the 70’s and 80’s. Anyone who knew Clifton knew that he was a loyal father, husband and grandfather. Clifton is survived by his children listed above. Grandchildren Eric (Janna) Finger, Rebecca (Nathan) Butchart, Laura (Thomas) Finger-Marlowe, John (Stefanie) Cunnington, Andrea Cunnington, Ryan (Heather) Finger, Jeremy (Lananh) Finger, Brad Finger, Morgan (Jesse) Claffee, Rachel Finger, Kimberly List, Matthew List, Kerry Schumaker, Craig Gauerke, Jennifer (Ryan) Anderson, Marcus Finger, Avery Finger, Ryan (Sami) Cassidy and Megan (Kyle) Fitch, Aaron Arcuri, and Alex Arcuri, as well as a host of great grandchildren. He was preceded in death by his parents Paul and Bernice Finger, sister Geraldine Kamrath, first wife Iona Finger, second wife Lois Finger, son-in-law Gary List, son-in-law James Cunnington, and stepson Thomas Cassidy. A memorial service will be held at the Holly Funeral Home in Waupaca on Thursday, February 10, 2022 at 11: 00 a.m. with visitation starting at 10:00 a.m.

Clifton Paul Finger, 87, of Waupaca, passed away on December 25, 2021 after several months of declining health. Clifton was born on December 24, 1934 to Paul and Bernice (Smith) Finger in Pardeeville, WI. After graduating from Pardeeville High... View Obituary & Service Information

The family of Clifton P. Finger created this Life Tributes page to make it easy to share your memories.

Clifton Paul Finger, 87, of Waupaca, passed away on December...