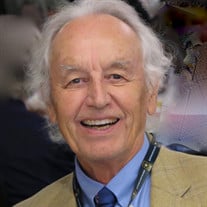 David R. Dresia, 77, passed away Thursday, October 24, 2019 in New York City. He was born on Nov. 8, 1941 in Covina, Calif. and raised in San Rafael, Calif. He graduated from the University of California-Santa Barbara with a B.A. in History. He went to Infantry Officers Candidate School in Fort Benning, Georgia where he was commissioned Lieutenant. He served in Vietnam in 1966 and 1967 where he saw combat. He received a Combat Infantry Badge, a Bronze Star, the Army Commendation Medal for Valor, two Valorous Unit Citations and other service medals. David’s career was in the area of scientific and technical publishing. He was managing director of the American Society of Civil Engineers for over 20 years. David did business in the Soviet Union and other Eastern Block countries including India, Egypt, most European countries and annually to the U.K. He had a nice office in New York City overlooking the United Nations and the East River. For three years he was based in Reston, Virginia near Washington, D.C. David enjoyed life in New York, attending the theater, NY Philharmonic concerts, opera and visiting the many art museums of which he was a member. David loved traveling and in retirement he and his wife, Michelle, visited Egypt, Turkey, Peru, Morocco and many parts of Europe. After he retired, he spent part of each year in Waupaca. David loved living in Waupaca, cruising the Chain of Lakes and taking care of his Victorian Home. He was a member of VFW Post 1037, Waupaca and served on the board of the Vietnam Red Warriors Association. David is survived by his wife, Michelle Peterson-Dresia and his sister, Sara (Ron) Basque of Novato, Calif. He was preceded in death by his parents, William and Joyce Dresia. Funeral services will be 11:00 a.m. Friday, November 8, 2019 at Central Wisconsin Veterans Memorial Cemetery at the pavilion in King, WI. VFW Chaplain, Tony Turner will preside. Inurnment will be in the Central Wisconsin Veterans Memorial Cemetery in King, WI with full military honors.

David R. Dresia, 77, passed away Thursday, October 24, 2019 in New York City. He was born on Nov. 8, 1941 in Covina, Calif. and raised in San Rafael, Calif. He graduated from the University of California-Santa Barbara with a B.A. in History.... View Obituary & Service Information

The family of David R. Dresia created this Life Tributes page to make it easy to share your memories.

Send flowers to the Dresia family.