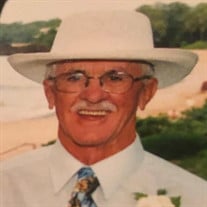 Donald Leary Sr. age 78, formerly of Mineral Point, WI, died on Wednesday, March 4, 2020 at WI Veterans Home in King, WI. He was born on October 30, 1942 in Darlington, WI the son of late Charles and Delores “Dolly” (Griffin) Leary. He joined the Army in 1964 and served his country in Vietnam until his discharge in 1966. After serving in the U.S. Army, he moved to Anaheim, CA but eventually returned to WI and settled in Montello, WI. He married Patricia JoAnn Schilling on February 24, 1973 in Montello, WI, and the couple eventually settled in Shullsburg, WI. In 1973, Donald and Patricia had their only son, Donald Jr., on October 7, 1973. In 1985, Donald and Patricia got divorced and Don settled back in his hometown of Darlington, WI, where he ran Bugs’ Feed Store for several years. In 1989, he moved to Mineral Point, WI and worked as a volunteer for St. Mary’s Catholic Church. He held many jobs throughout his time in Mineral Point but loved the community and supported the local high school athletic programs as well as was active in local Veteran organizations including the VFW Post7629 and American Legion Post 170. In December 2017, he moved from Mineral Point, WI to King, WI and became a resident of King Veterans Home. Donald is survived by his son, Donald Jr “D.J.” (Jean) Leary, Redondo Beach, CA; grandsons Chase and Cole Leary, Redondo Beach, CA; and, his brother Lonnie (Jan) Leary, Parrish, FL. He was preceded in death by his parents and younger brother, Bobby Joe Leary. Funeral service will be on Tuesday, March 17, 2020 at 11:00 a.m. at the Holly Funeral Home in Waupaca, WI. Sister Martha Mafurutu will officiate. Friends may call from 10:00 a.m. Tuesday until the time of services. Burial will be I the Central WI Veterans Memorial Cemetery in King, WI with full military honors.

The family of Donald C. Leary Sr. created this Life Tributes page to make it easy to share your memories.

Send flowers to the Leary family.