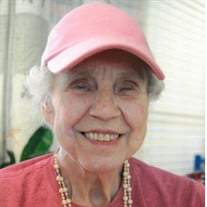 Eloise “Lois” Nelsen, 84 Died Thursday, October 3, 2019 at Theda Care Medical Center in Waupaca, WI. She was born in Galva, Iowa on March 3, 1935 to Elmer and Eva (Huseman) Gertsmeier. She attended Aurelia, IA High School, graduating in 1953. She was married to Glen Nelsen on August 18, 1957 in Aurelia, IA. They made their home in Storm Lake, Thompson, and Independence Iowa. She worked as a nurse’s aid at the Mental Health Institute in Independence. After Glen retired in 1998 they moved to Forsyth, Missouri. Lois was active in her church, the Red Hat Society, and as a volunteer at the Forsyth library. She was always ready to help wherever she was needed. She also enjoyed reading, embroidery and playing games. Lois is survived by her children: Vicki (Rick) Groth of Waupaca, WI, Jeff (Lois) Nelsen of Kerman, CA and Mike Nelsen of Kittery, ME. She is also survived by her sister Charlotte (Bob) Grothaus of Sioux City, IA, eight grandchildren and three great-grandchildren. She was preceded in death by her parent, husband, and two brothers, Verdeen and Ordelle Gertsmeier. Funeral Services were held at 11:00 AM Monday, October 7, 2019 at Holly Funeral Home, Waupaca, WI. Rev. Dione Miller officiated. Friends may call from 10:00 AM until the time of services at the funeral home. Holly Funeral Home of Waupaca, WI assisted the family with arrangements.

The family of Eloise "Lois" Nelsen created this Life Tributes page to make it easy to share your memories.

Send flowers to the Nelsen family.