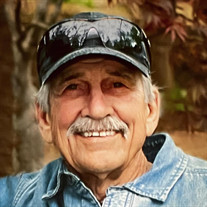 Once you have tasted flight, you will walk the earth with your eyes towards the sky. January 9th, 1941, Fred was born. His life would prove to be extraordinary. He was the youngest of four children born to Russell C. Flom and Lois Trossen Flom. He was adored by his teenage siblings Dick, Betty, and Jerry. The family lived on Park Street across from Smith Park in Menasha,WI. As a young boy it was obvious that sports would be a huge part of Fred's life. His lifelong love of tennis began on the courts in Smith Park. Friendships were born that lasted a lifetime. As time went on, it was decided Wayland Academy was in the best interest of the family. Fred spent his high school years being a reluctant student, an avid sportsman, and with an eye on the sky. He knew from a young age he had the “need for speed” and dreamt of becoming a pilot. Summers were spent on the Chain O’ Lakes as his parents had a cottage constructed on Rainbow Lake when Fred was a child. This was probably when his reputation as a Maverik began. His mischief was harmless, but no question he was a rule breaker. College took him to Lawrence University where he lettered in four sports, but more importantly where he joined the ROTC and continued to follow his dreams. Upon graduation the U.S. Air Force beckoned and he was on his way. He married his college sweetheart, Ginny McKee, and they were off to a life with the Air Force. He was no longer a rule breaker, but a proud Air Force fighter pilot. A beautiful little girl, Julie, came along and all was right with the world. He was sent to Takhli Air Force Base in Thailand where he flew eighty-six combat missions before his life changed dramatically. On August 8th, 1966, his F-105 Thunder Chief was hit. He was forced to eject and was captured immediately. After Six and a half years as a POW in Vietnam, thousands of people gathered in Appleton, Wisconsin to welcome him home. Upon his return he met his adorable son Erik for the first time, who was born the month after he was shot down. Fred never wanted this experience to define him, of course friends and acquaintances often could not comprehend how it could not. It is called being a patriot, choosing honor and duty over self. It is being given the ultimate test and passing with flying colors because you stared death in the face and walked away. The best revenge is having a wonderful life. He used to say “I've had the best life… Well, except for maybe those seven years”. To most people the sky is the limit, to those who love flying the sky is home. Fred decided a full time Air Force career was a hardship on his family so he satisfied his flying dreams through the Wisconsin Air National Guard and eventually flying his beloved F-105 and later the F-4 at Carswell Air Force Base in Texas. He had a twenty five year career as a commercial pilot with American Airlines and was able to continue flying fighters with the Air Force until he was almost 50. Life continued to challenge Fred during his early years in Texas. He lost his wife Ginny in a car accident in 1981 and his son Erik who was on a trip to Thailand in 1996. On January 1st, 1986 he married Kay Fleck with whom he shared thirty five years of adventure. Their relationship was defined by “Don’t ever let any day be ordinary”. Fred was as at home in a neighborhood bar as he was on the Orient Express. He was as cool in his Pantera as he was in his twenty-two year old pick up. This Wisconsin boy developed an affinity for cowboy boots, concerts, and the Dallas Cowboys, but always kept the Green Bay Packers dear to his heart. In August of 1997 his family grew by one when his daughter Julie married John Pereira in what Fred turned into a military dining out in all its glory. Soon afterwards, Fred welcomed in his three grandchildren, Kodiak, Maxwell, and Quinn. As his grandsons say… The coolest Grandpa was created. In retirement his flying dreams had been fulfilled and after years of remodeling his Texas home on Manning Lane, he and Kay set out to remodel a 100 year old cottage on Round Lake in Wisconsin. He was not a trained builder, but during his time as a POW he spent countless hours building structures in his imagination. Camp Flom was born. This man was a warrior, a patriot, a family man and a friend who embodied the best. He had been to Hell and back, but was never bitter. He had a zest for life and was always able to see past differences in search of common ground. He knew that we all need to commit to something bigger than ourselves. He never treated anyone differently because of race, religion, gender, or sexual orientation. Fred hoped we would all learn from our mistakes and realize that the war we need to be fighting is the one right here in the United States… our divided nation, our dislike of those different from ourselves. “All men and women are created equally”. Fred returned with honor. He believed you do what is right, even if you are flying solo. On June 23rd, 2021 the world lost a beautiful soul. A soul that had an enormous impact. A soul that is loved and admired by many. Fred, “Everything’s waiting for you”. God Bless America! Memorials may be made to: Wisconsin Veterans Home ℅ Donations for the Activity Fund King, Wisconsin 54946

Once you have tasted flight, you will walk the earth with your eyes towards the sky. January 9th, 1941, Fred was born. His life would prove to be extraordinary. He was the youngest of four children born to Russell C. Flom and Lois Trossen Flom.... View Obituary & Service Information

The family of Fredric R. Flom created this Life Tributes page to make it easy to share your memories.

Once you have tasted flight, you will walk the earth with your...

Send flowers to the Flom family.