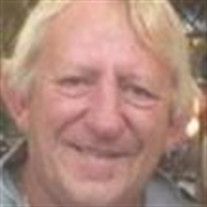 Gary “Pete” Peterson, age 75, of Fort Myers, FL, passed away on August 12, 2021 at the VA Medical Center in Milwaukee, WI after a brief battle with gastric cancer. He was born on June 28, 1946 in Waupaca, WI to parents Edward J. and Doris J. (Nelson) Peterson. He was baptized and confirmed at Trinity Lutheran Church in Waupaca, WI. After graduation in 1964 from Waupaca High School, Pete proudly served in combat with the 13th Artillery in Vietnam from 1965-67. On August 19, 1972, he married JoAnne Becherer of Colby, WI and they resided for many years in Brookfield, WI. Pete was active with the American Legion Post #449 of Elm Grove and was Post Commander from 1996-97. He loved traveling with his family domestically, to the Caribbean, and Europe. Spending time boating and playing cards at his Dake Lake cottage on the Chain O’Lakes was a favorite summer pastime. As an avid outdoorsman, Pete spent many years deer, duck and pheasant hunting in the woods around Waupaca and South Dakota. He looked forward to annual fishing trips to Canada with a group from Waupaca and their exploits were documented in the Waupaca County Post for many years. He enjoyed numerous sports and attended the Packer’s Ice Bowl and Badger’s Rose Bowl. Pete was employed by the Milwaukee Road, Soo Line, and Canadian Pacific Railroads for over 30 years. Upon retirement Pete moved to Fort Myers, FL where he enjoyed playing golf, walking the beach, and having a cold beer with friends. He had a gregarious personality and loved to socialize and meet people from all walks of life. Pete will be dearly missed by his daughter, Dr. Nicole (Jeff Berrens) Peterson of Whitefish Bay, WI; grandsons James and Jack Berrens; sister Carol Wutkevicz of Appleton, WI; and nieces Kelly Peterson, Jodi Young, and Keri Joslin. He was preceded in death by his parents Eddie and Doris. Visitation will be on Friday, August 20, 2021 from 12:30 pm to 2:30 pm at Holly Funeral Home in Waupaca followed by a graveside service at the Central Wisconsin Veterans Memorial Cemetery in King, WI with full military honors.

The family of Gary "Pete" Peterson created this Life Tributes page to make it easy to share your memories.

Send flowers to the Peterson family.