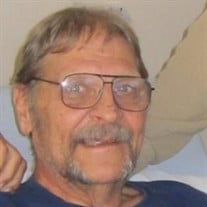 Gary Michael Sorenson, age 73 of Pine River, WI, passed away at ThedaCare Medical Center in Wild Rose, WI on Tuesday, November 23, 2021. Gary was born on October 29, 1948, in Wausau, WI. He was the fourth of eight children of James H. and Verene (Hennig) Sorenson. He attended St. Anne’s School and graduated from Newman Catholic High School in 1967. After graduating from high school, Gary attended the University of Wisconsin at the Marathon County Extension Center and in Madison, WI. Gary eventually developed talents as a skilled carpenter and all-around handyman. His services were in steady demand. He also was a self-taught musician who played in several bands in the Madison area. Gary lived for many years in rural Waunakee, WI. In addition to his carpentry and handyman skills he became a talented gardener. He grew organic products and sold them to stores and at farmers’ markets in the Madison area. He also developed skills at making wine and beer as well as growing mushrooms. He introduced several of his siblings to these activities and was a valuable mentor to them. After about 2002, Gary moved to Pine River, WI where he continued his work as a handyman, carpenter and gardener. He enjoyed living in that community and made many friends there. He was eventually elected Town Clerk. This was as close as Gary came to being a politician. Gary is survived by five of his seven siblings: Jim (Lucy) Sorenson, Steve (Lori) Sorenson, and Roger (Donna) Sorenson, all of Madison; Linda (Kim) Kamke, of Schofield; Mary (Joe) Pratt, of Halifax, Nova Scotia; as well as many nieces and nephews. He is preceded in death by his parents; a brother, Richard; a sister, Diane Brodt, and a nephew, Ryan Kamke. Gary was well known for his work ethic and self-taught skills, but even more so for his sense of humor and his pleasant and engaging personality. He became a warm friend to many nieces and nephews, as well as to “kids in his neighborhood.” They would smile, wave and say “Hi Gary!” when they passed his house, something he always enjoyed. Gary was unassuming and enjoyed life as he received it. His warm smile, politeness and calm personality will be greatly missed by all who knew him. Gary will be buried in Restlawn Memorial Park in Wausau, WI. The family will hold a private memorial service for him at a later date.

Gary Michael Sorenson, age 73 of Pine River, WI, passed away at ThedaCare Medical Center in Wild Rose, WI on Tuesday, November 23, 2021. Gary was born on October 29, 1948, in Wausau, WI. He was the fourth of eight children of James H. and... View Obituary & Service Information

The family of Gary M. Sorenson created this Life Tributes page to make it easy to share your memories.

Send flowers to the Sorenson family.