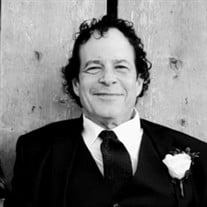 James (Jim) R. Gardner, age 61, of Waupaca, WI, passed away unexpectedly on Sunday, September 26, 2021 at his home. He was born on March 9, 1960 in Kenosha, WI; youngest of three children to Les and Marie (Engel) Gardner. Jim was a graduate of the Class of 1978 from Tremper High School. On April 11, 1981, he married Renee Besch in Kenosha, WI. In 1988, they moved into the home he built in Waupaca. Jim was the owner and president of Gardner Plumbing for 20+ years serving the Waupaca area. In the last several years, he worked for the Local 400 Plumbers Union. Jim was an avid golfer, enjoyed hiking, and loved the Packers. When he wasn’t working or helping someone in need, he would spend his time with his three grandchildren. Jim spent many years using his skills as a plumber to help out various churches around the area. He had a love for dogs, cats, and had many “best friends” throughout his life. A few places he loved to visit were Sedona AZ, Porcupine Mountain MI, Clearwater FL, and has fond memories of his trip to Japan in 2001. Jim is survived by his wife Renee (Besch) Gardner; his two children Sara Gardner and Jacob (Tamara) Gardner; three grandchildren Jozlynn Venski, Levi and Hudson Gardner; one sister Karen (Dave) Mau; his foster daughter Melissa (Frank) Perez; his mother-in-law Bernice Besch; two brothers-in-law Robert (Cathy) Besch and Tim (Kris) Besch; three sisters-in-law Sheri (Michael) Wieters, April (Efrain) Alvarez, and Ashleen (Robert) Loftin; and also by numerous nieces, nephews, cousins, aunts, uncles, and many friends. He was preceded in death by his mother Marie Gardner; his father Les Gardner, Florence (Kavalauskas) Gardner; his brother David Gardner; his father-in-law Robert Besch; a sister-in-law Doree Ramun; and three nephews Eric Gardner, Michael R. Ramun, and Josh Wieters. A Memorial Service will be on Saturday, October 16, 2021 at 2:00 PM at the Holly Funeral Home in Waupaca, WI. Pastor Richard Vanman will officiate. A visitation will be held on Saturday from 11:00 AM – 2:00 PM at the Holly Funeral Home. The Holly Funeral Home of Waupaca is assisting the family with arrangements.

James (Jim) R. Gardner, age 61, of Waupaca, WI, passed away unexpectedly on Sunday, September 26, 2021 at his home. He was born on March 9, 1960 in Kenosha, WI; youngest of three children to Les and Marie (Engel) Gardner. Jim was a graduate... View Obituary & Service Information

The family of James R. Gardner created this Life Tributes page to make it easy to share your memories.

Send flowers to the Gardner family.