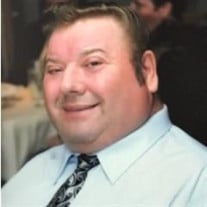 James J. Ostrowski, age 73, of Amherst Junction, WI passed away surrounded by his family on Wednesday, December 11, 2019 at Ascension Saint Michael's Hospital. Jim was born in Stevens Point on December 29, 1945, the son of the late Alfons and... View Obituary & Service Information

The family of James J. Ostrowski created this Life Tributes page to make it easy to share your memories.

Send flowers to the Ostrowski family.