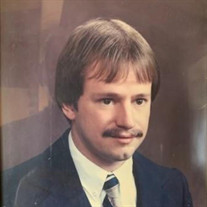 James Michael Walker passed away on September 14, 2020 in his home in Waupaca Wisconsin. Jim was born on January 25, 1960 at Ripon Memorial Hospital in Ripon Wisconsin, to Dale and Dolores (Resheski) Walker. Jim graduated from Green Lake High school in 1978. He worked for 2 years after high school and then Jim went on to the University of Wisconsin – Platteville to earn his Bachelor of Science Degree in Electrical Engineering. He graduated in December of 1985. His first job after graduating was with Boeing Company in the Military Division in Wichita, Kansas as Electronic Equipment Design Engineer. After spending a few years there, he went to Honey Well Company in Illinois to work as their Photo Electrics/Electronics Engineer. He came back to Fond du lac, Wisconsin and worked for Wells Manufacturing, Electronics Division as their Project Engineer. He worked his way up to Senior Electronic Engineer at Alliance Laundry Systems in Ripon Wisconsin, R.E. Phelon Company, Lomira Wisconsin, SMT Engineering Company, Appleton Wisconsin, Miller Electronic Manufacturing Company, Appleton, SMT Engineering Company in Appleton. Most recently he worked at Andritz Group in Appleton Wisconsin. Jim was skilled in Design, Computer, Laboratory and Compliance and safety Standards. As an accomplished Electrical engineer, he had been awarded 11 Patents. Jim was a private person but was always the first person to come help his family and friends with any projects that needed to be done. He liked to fix things and made sure they were worked correctly when done. He enjoyed coming to all the family gatherings. Jim’s hobbies included farming, hunting, fishing and gardening. His favorite thing to do was to spend time with his daughter Justyne and her daughters. Jim will truly be missed by his family and friends. His survivors include his Mother Dolores Walker, Daughter Justyne Paige (Tyler), Sisters Dr. Susan Sneed (Terry Webb), Janet Teske (Ron Moser), Mary Otto (Glen), Wendy Bogdanske (Don), Jean Sonntag (Don), Sandy Walker (Dave), two brothers, Tom and Steve Walker. Numerous nieces and nephews. Jim was preceded in death by his father, Dale Walker. Visitation will be from noon until 1pm and service at 1pm on October3 at St. John’s Catholic Church in Princeton, WI. Burial to follow immediately.

James Michael Walker passed away on September 14, 2020 in his home in Waupaca Wisconsin. Jim was born on January 25, 1960 at Ripon Memorial Hospital in Ripon Wisconsin, to Dale and Dolores (Resheski) Walker. Jim graduated from Green Lake... View Obituary & Service Information

The family of James M. Walker created this Life Tributes page to make it easy to share your memories.

Send flowers to the Walker family.