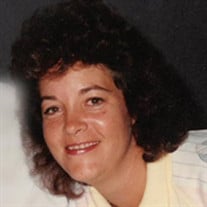 Judy J. (Schroeder) Klea of Lady Lake, Florida passed away peacefully on Thursday, September 23, 2021 in Leesburg, Florida. She was born in Neenah, WI on September 28, 1952. Judy was the daughter of Donald Schroeder and Barbara (Fahrenkrug), (Schroeder), Gerdus. Judy lived in Florida, Wisconsin and Texas before returning to Hollywood, FL in 1976. There she met and fell in love with, Gary Klea, and they were marred on June 1, 1985. They were married six short years before he passed away from cancer. She worked at Dade County Beach & Marine Safety in Miami, at the same time her brother, Don, worked there as a lifeguard and paramedic. She then worked at Broward County Parks & Recreation as the head bookkeeper on their first AS400 computer system. She enjoyed traveling, dancing, and spending time with her family. After Gary passed away, she moved twice before finally residing at Lady Lake, Florida. She is survived by her sisters, Sue Bartel (Garold) Scandinavia, WI and Jeanne Bruening (David) Greenville, SC; and her brothers, Don Schroeder (Patty) Stuart, FL and Daniel Schroeder (Shirley) Deland, FL. Nieces and nephews: Mark (Debbie) Townsend, Shelley Townsend, and Lisa Townsend; Brian, Eric and Amanda Schroeder. Great nieces and nephews: Brady (Hannah) Townsend, Dylan Townsend, Andrew (Sofiya Hupalo) Curtis, Alyssa Townsend, and Catie Townsend. Judy was preceded in death by her mother, Barbara and her father, Don, and her nephew, Mike Townsend. We are so thankful for her kind caretakers Vee and Ben Persaud at Genuine Care Facility, Leesburg, FL and Chelsea and the other caretakers at Vitas Hospice Care during this short journey. Thank you to Boyd-Panciera Funeral Home, Hollywood, Florida and Holly Funeral Home for assisting with arrangements. There will be a private memorial service at a later date.

Judy J. (Schroeder) Klea of Lady Lake, Florida passed away peacefully on Thursday, September 23, 2021 in Leesburg, Florida. She was born in Neenah, WI on September 28, 1952. Judy was the daughter of Donald Schroeder and Barbara (Fahrenkrug),... View Obituary & Service Information

The family of Judy J. Klea created this Life Tributes page to make it easy to share your memories.

Send flowers to the Klea family.