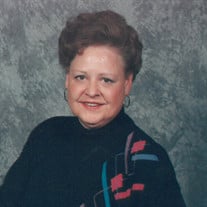 Nathalie (Shanak) Miller, 75 of Waupaca, passed away on Thursday, February 6, 2020. She was born on October 5, 1944 in Wausau., WI, daughter of the late Michael Jr. and Virginia (Beck) Shanak. Nathalie graduated from Wausau East High School in 1962 then earned an associated degree in Business Administration in 1964 from North Central Technical College. After graduation, she moved to Madison and worked for several years as data processor for Wisconsin Department of Workforce. On October 7, 1972, she was united in marriage to Pat Miller and then moved to Norfolk, VA, where he was stationed in the US Navy. Nathalie and Pat later divorced. Nathalie began work as a Personal Assistant to the Admiral of Surface Atlantic Fleet. In 1982, she received her Bachelor of Arts degree from Saint Leo College. In 1984, she earned a Bachelor of Science degree from the University of New York. After graduation, she was employed as a Congressional Investigator for the Department of Defense USN until her retirement. Nathalie was an animal lover and her Norwegian Elkhounds were her pride and joy. She loved reading and always had a book at hand. Nathalie also enjoyed her flower garden. Despite moving back to Wisconsin four years age, she kept in contact with her co-workers and friends in Norfolk, VA. Nathalie is survived by two sisters, Janet Shanak of Waupaca, WI and Joyce (John) Flies of Dallas Center, IA; two brothers, Edward Shanak and Dwight (June) Shanak of Waupaca, WI and numerous nieces and nephews. She was preceded in death her parents; brothers, Duane, Robert, Michael, George and Douglas and a niece, Andrea Abbott. Per Nathalie’s wishes there will be no funeral services and burial of her cremains will take place at a later date in Restlawn Memorial Park in Wausau, WI.

The family of Nathalie Dawn Miller created this Life Tributes page to make it easy to share your memories.

Nathalie (Shanak) Miller, 75 of Waupaca, passed away on Thursday,...

Send flowers to the Miller family.