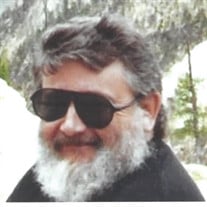 Raymond “Hammy” A. Parker, age 71, of Waupaca, WI, passed away on Thursday, December 3, 2020 at his home in Waupaca, WI. He was born April 26, 1949 in Waupaca, WI; son of Darwin and Esther (Rickhoff) Parker. Ray served in the U.S. Navy from June 5, 1969 until he was honorably discharged on June 4, 1975. On May 2, 1975, he married Billie M. Murphy in Waupaca and together they shared almost 39 years of marriage before her passing on April 15, 2014. Ray will be dearly missed by all of his loving family and many friends. Ray is survived by his brother, Donald (Kathy) Parker of Greenville, WI; his sister, Janice (Michael) Nowling of New Hope, MN; two sisters-in-law, Nancy Parker of West Allis, WI and Beverly Parker of Pine River, WI; six step-children, William (Pamela) Pomerenke of Scandinavia, WI, Lorie (John) Witzeling of Waupaca, WI, Linda (Larry) Mundt of Weyauwega, WI, Wayne (Tammy) Pomerenke of Scandinavia, WI, Kelly (Robert) Hansen of Waupaca, WI, and Lisa (Greg) Schulke of Waupaca, WI; a special step-grandson, Jeremy (Patricia) Pomerenke of Ogdensburg, WI; and by numerous nieces, nephews, other relatives and friends. He was preceded in death by his parents, Darwin and Esther Parker; his wife, Billie Parker; two brothers, Jerry Parker and Merle Parker; and one sister, Carol (Lowell) Williams. A Celebration of Ray’s Life and burial will be held next year due to COVID-19. The Holly Funeral Home of Waupaca is assisting the family with arrangements. A special thank-you to William (Pamela) Pomerenke and Gary (Theresa) Williams for their help and support given to Ray through the years.

The family of Raymond "Hammy" A. Parker created this Life Tributes page to make it easy to share your memories.

Send flowers to the Parker family.