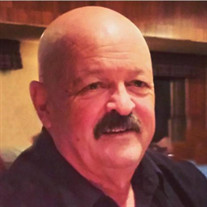 Thomas “Tom” F. Clark, 72, of Wild Rose passed away peacefully on June 4, 2021 at home on his beloved Little Silver Lake surrounded by family. He was born in Wild Rose on March 3, 1949 to Boyd A. and Byrdine M. (Nelson) Clark. He attended school in Wild Rose and graduated from UW-Oshkosh with a degree in political science. After college he had several jobs including working on his family’s pickle farm, bartending at the Little Fox, painting houses, and as a page at the state capitol. He quickly decided he wanted to be his own boss and started his business, Clark Real Estate and Appraisal in 1973. He ran this business until his recent “retirement” in 2020. He married Laura (Anderson) Clark in 1970 and they raised three daughters together. They later divorced. After that time, he met his soul mate, Jeannie Larson, and for the past 30 years they have been inseparable. He was an avid outdoorsman and was one of the founding members of the Waushara County Chapter of Ducks Unlimited and the world’s only chapter of Moles Unlimited. He loved to travel and share tales of his experiences with family and friends. Destinations included Cuba, Alaska, Belize, Mexico, Jamaica, Ireland, Scotland, and many other places. He loved spending time in Madeira Beach, Florida and had countless memories from his time spent with family and friends at his cabin in Tomahawk. He always made new friends wherever he went. Being the fifth generation of his family to live in Wild Rose, he was considered a historian by many and could answer any question about the history of the lakes, rivers, streams, and property all over Waushara County. He and several of his friends also purchased and restored the Wild Rose Hotel in 1987. He remained a partner in this business until his passing. He adored his grandchildren and was excited to share his love of Little Silver Lake and Lake Nokomis with them. Tom is survived by Jeannie; his three daughters, Tobey Clark, Katy (Dean) Erickson, and Beth (Brad) Mittelstaedt; his step-daughter, Casey (Mike Clausing) Larson; his five grandchildren, Abby and Alek Erickson, Lexie and Lauren Mittelstaedt, and Logan Clausing; and two sisters, Crysti (Dick) Benson and Betsy (Alan Cathcart) Clark. He is further survived by his best buddy, Kenny (Cathy) Berg; former wife, Laura Clark; Jeannie’s siblings, Pam (Tom) Trudelle, Michael (Deb) Lindemann, and Kris (Leroy) Pinnerude; and by several nephews, nieces, and numerous close friends. He was preceded in death by his parents and his brother, Nelson Clark. A Celebration of Tom’s life will be held on Saturday, June 26, 2021 from 2:00 PM – 6:00 PM at the Wild Rose Hotel & Bar, 350 Main Street, Wild Rose, WI 54984. In lieu of flowers, the family asks you to plant a tree in Tom’s memory, give a donation to the Wild Rose Milling Company Restoration Project (c/o Village Clerk, Village of Wild Rose, P.O. Box 292, Wild Rose, WI 54984) or to a charity of your choice in Tom’s name. The Holly Funeral Home of Wild Rose is assisting the family with arrangements.

The family of Thomas F. Clark created this Life Tributes page to make it easy to share your memories.

Send flowers to the Clark family.