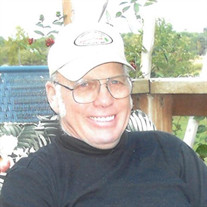 Warren D. Johnson, age 82, of Waupaca, WI, passed away peacefully on Tuesday, October 5, 2021 at the Wisconsin Veterans Home in King, WI. He was born March 9, 1939 in Waupaca, WI; son of Theodore H. and Alta (Hanke) Johnson. Warren graduated from Waupaca High School in 1957 and then served in the U.S. Army from July 1962 until he was honorably discharged in July 1964. On July 2, 1966, he married the love of his life, Linda Pope, and together they shared 18 years of marriage before her passing on January 8, 1985. Warren worked 40+ years with the Waupaca Foundry. He enjoyed trapshooting, photography, woodworking, farming and hunting. In 1990, Warren married Rita Falco and she preceded him in death on July 23, 2017. He will be dearly missed by all of his loving family and friends. Warren is survived by his four children Brian Johnson of Waupaca, Dawn (Keith) Peters of Ogdensburg, Denise (John Lozier) Johnson of Waupaca, and Traci (Ellwyn Nickel) Johnson of Waupaca; grandchildren Nicole (Nicholas) Parks of Waupaca, Cody Johnson of Waupaca, Lisa Johnson of Waupaca, Ashlyn Peters of Ogdensburg, Casey Peters of Stevens Point, and Colton Lozier of Ripon; great-granddaughter Cora Parks of Waupaca; one brother Donald (Judy) Johnson of Ladysmith; and three sisters Donna (Steve) Lumsden of Cedar Park, TX, Joan West of Appleton, and Kay Goetsch of Florissant, MO; and also by many nieces, nephews, other relatives and friends. He was preceded in death by his parents Theodore and Alta Johnson; his first wife Linda Johnson; his second wife Rita Johnson; a daughter-in-law Jacqueline Johnson; a grandson Charlie Johnson; and three brothers Ronald Johnson, Theodore J. Johnson, and Leroy Johnson. A Funeral Service will be on Monday, October 11, 2021 at 11:00 AM at the Holly Funeral Home in Waupaca, WI. Chaplain Rich Engle will officiate. A visitation will be held on Monday morning from 9:00 – 11:00 AM at the Holly Funeral Home. Burial will be at Crystal Lake Cemetery in the Town of Dayton following the service on Monday. The Holly Funeral Home of Waupaca is assisting the family with arrangements.

The family of Warren D. Johnson created this Life Tributes page to make it easy to share your memories.

Send flowers to the Johnson family.